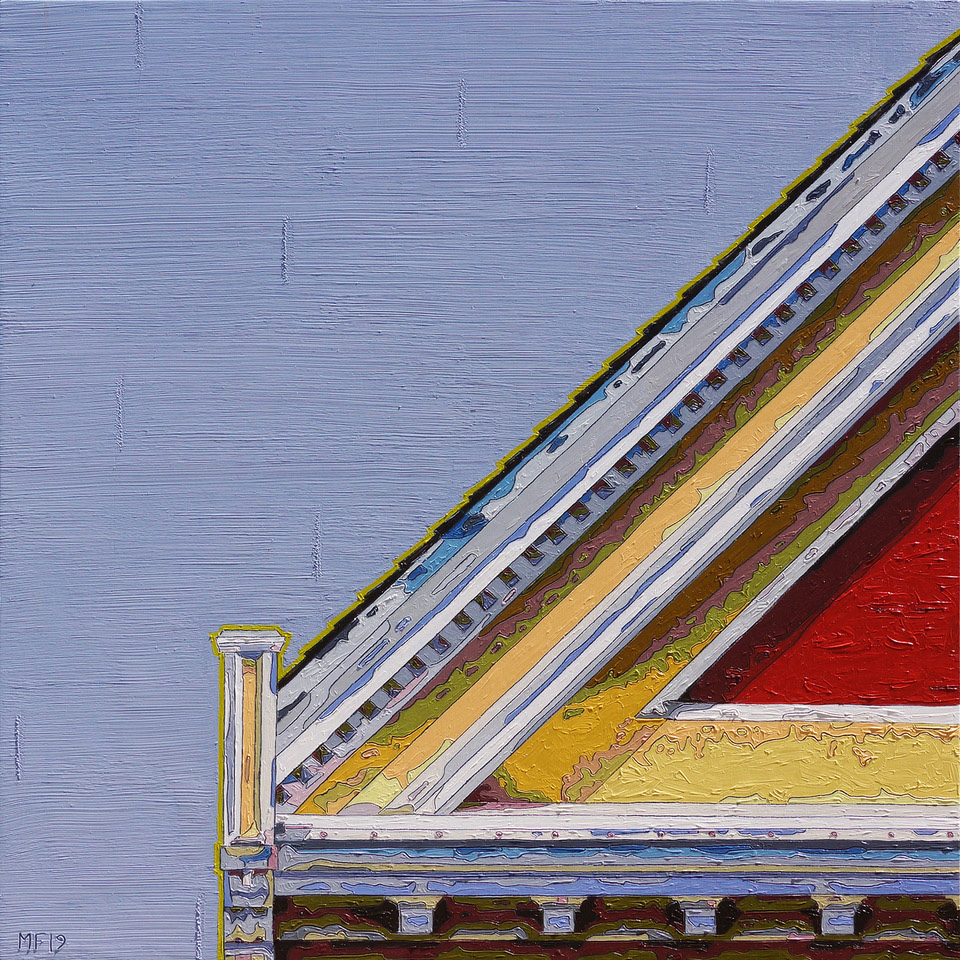 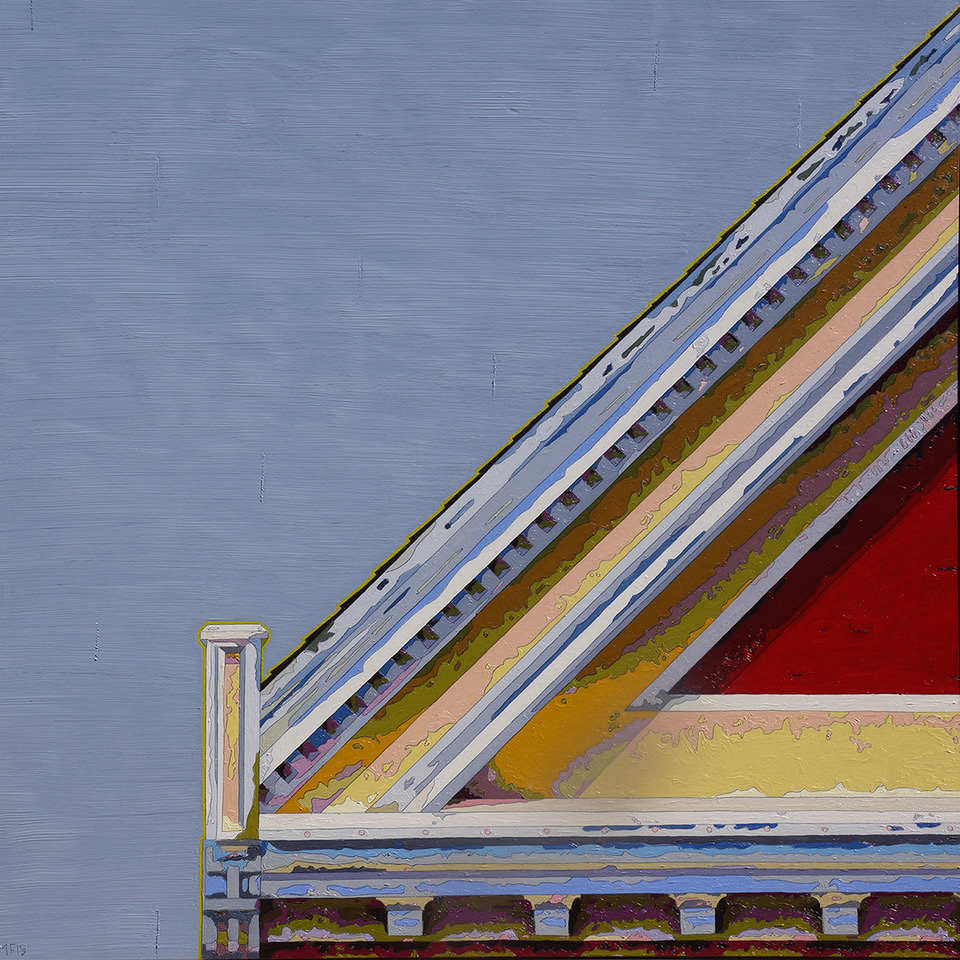 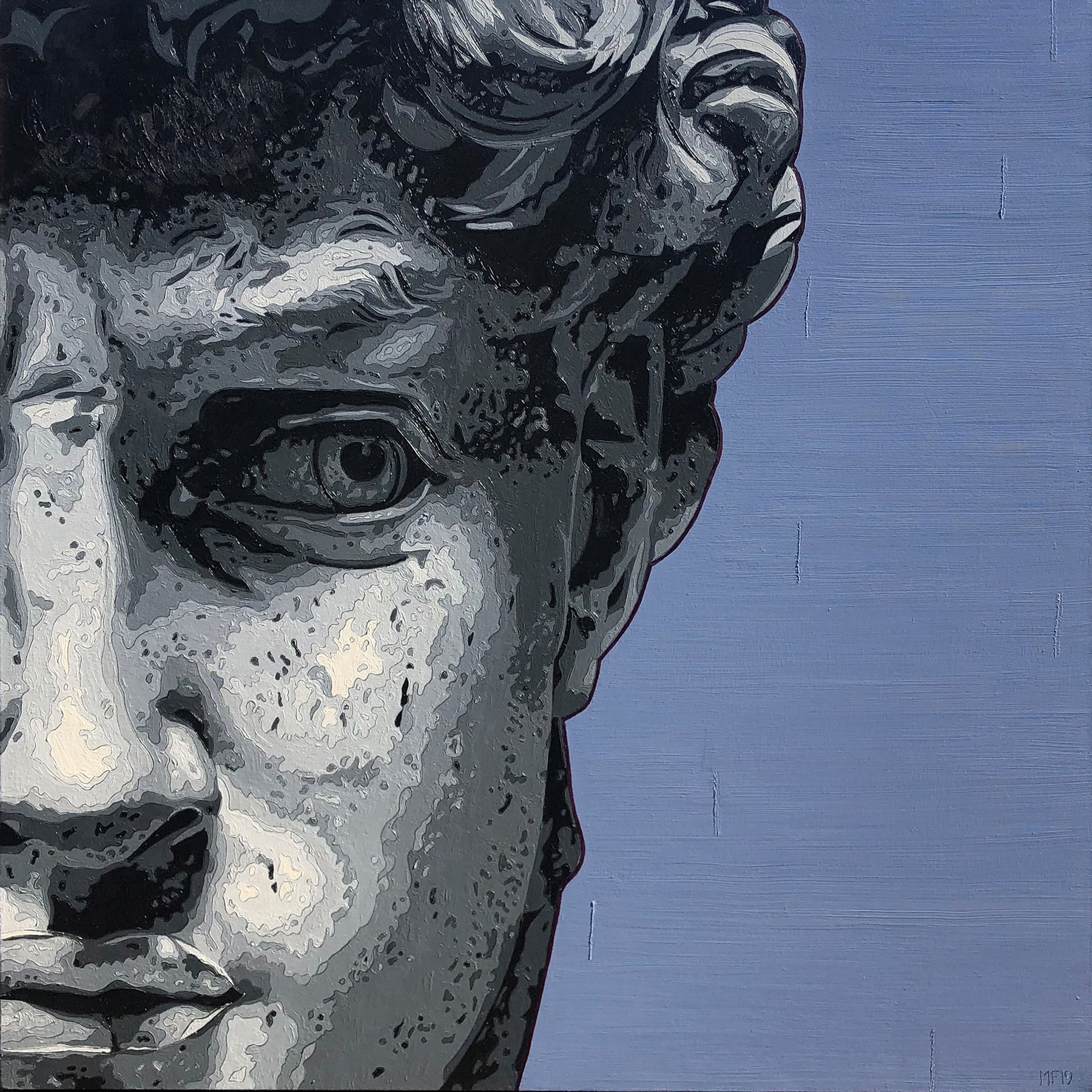 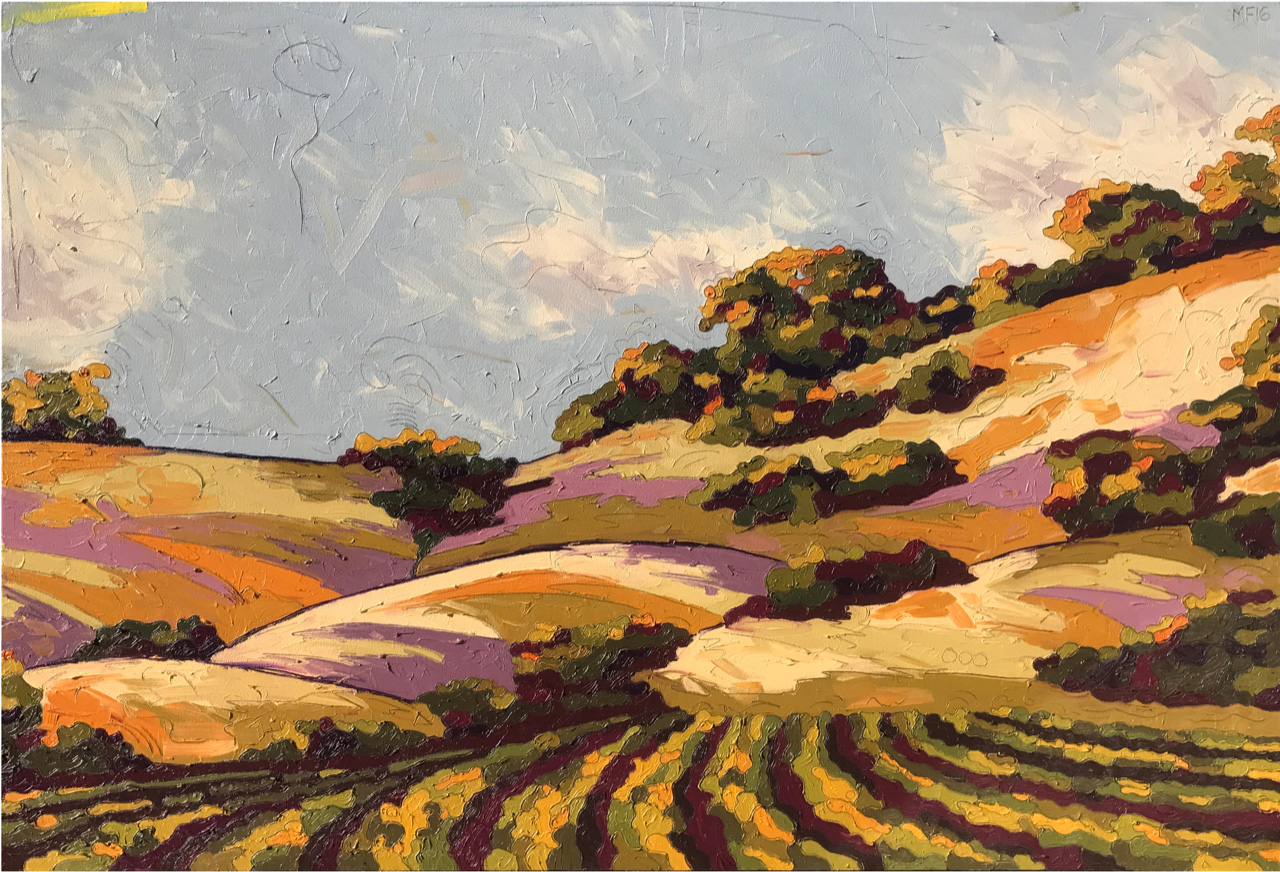 Matthew Frederick’s paintings are emboldened with lively energy, presenting an unconventional and amusing spin on the genre of landscape painting. He looks within the landscape to capture and exaggerate the whimsical shadows and shapes cast from ordinary objects in everyday life resulting in visual imprints of the physical world that draw attention to its most striking features.