At 228 Townsend Street, Bacchi and Schutz emphasize an intimate presentation of contemporary works, diverse in subject matter, media and style, by noteworthy New York and Bay Area artists. Their passion for the work they represent, and the outstanding service they provide for their following of collectors, curators, corporate art advisors, architectural interior designers and visual merchandisers has earned ArtHaus three nominations and awards for BEST ART GALLERY – BAY AREA “A” LIST. In 2016, Culture Trip named ArtHaus one of the TEN BEST GALLERIES in San Francisco. 2017 began with a nomination by Supervisor Jane Kim proposing ArtHaus for Legacy Business status in the city of San Francisco.

Giving back to their community continues to be an integral component of the gallery’s Mission Statement. For more than twenty years, Bacchi and Schutz have been deeply committed and generous contributors to several important causes and concerns. Their benefactors include; BREAST CANCER ACTION, ArtforAIDS/UCSF Alliance Health Project, Visual Aid, the bay-area Designer Showcases, Philanthropy By Design, Heart of SOMA, Nourish The Children, Dining by Design and Hospitality House.

In early 2017, The San Francisco Small Business Commission unanimously approved ArtHaus Gallery as the most recent addition to the city’s Legacy Business Registry. “The Legacy Business Registry honors those businesses that have contributed to the unique fabric, culture and vitality of San Francisco,” said Office of Small Business Director, Regina Dick-Endrizzi. “More importantly it recognizes the hard work of those entrepreneurs who took a chance to start, stay and grow a business in San Francisco.”  ArtHaus was nominated for Legacy by San Francisco Supervisor Jane Kim. 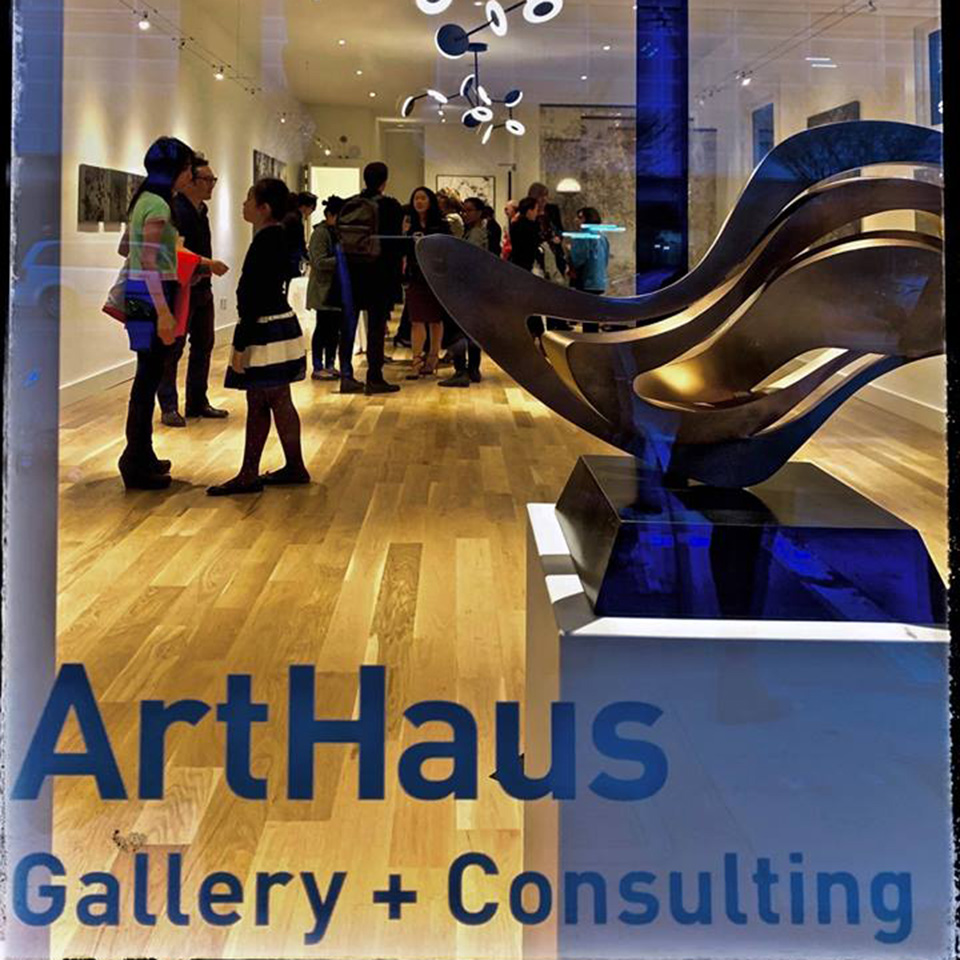 Public Parking across the street
SAFEWAY @ The Brannan

Tuesday - Friday: 11am to 6pm
Saturday: Noon to 5pm
or by appointment

SAFETY IS OUR PRIORITY

For the protection of our clients and guests, we are aligning with the CDC guidelines and local heath authorities for social distancing.